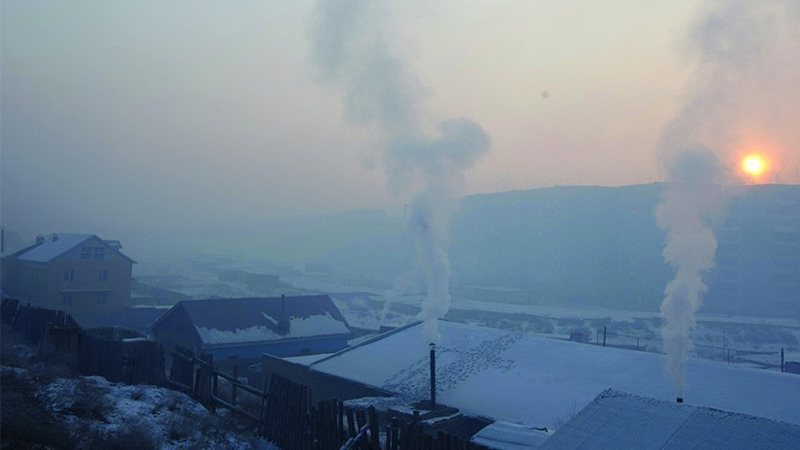 AKIPRESS.COM - The government of Mongolia has decided to establish an enterprise to produce processed fuel in an effort to reduce air pollution in its capital, the government said on Wednesday, reports Xinhua.

"We decided to impose a ban on the burning of low-grade coal for domestic use in capital Ulan Bator beginning in April 2019 to curb air pollution," said Mongolian Energy Minister Tserenpil Davaasuren.

"We now need to produce processed fuel for replacing coal" and establish an enterprise with a capacity of producing 90,000 tons of improved fuel per year, Davaasuren added.

The Mongolian government hopes that replacing low-grade coal with processed fuel will sharply reduce air pollution, according to the minister.

Air pollution is the most pressing issue in Ulan Bator where more than 800,000 residents, over half of the city's population, live in slums. They have to rely on burning raw coal and other flammable materials such as plastics, old tires to stay warm and cook meals during the six-month-long winter season.

It is estimated that 80 percent of air pollution in Ulan Bator is caused by ger stoves.