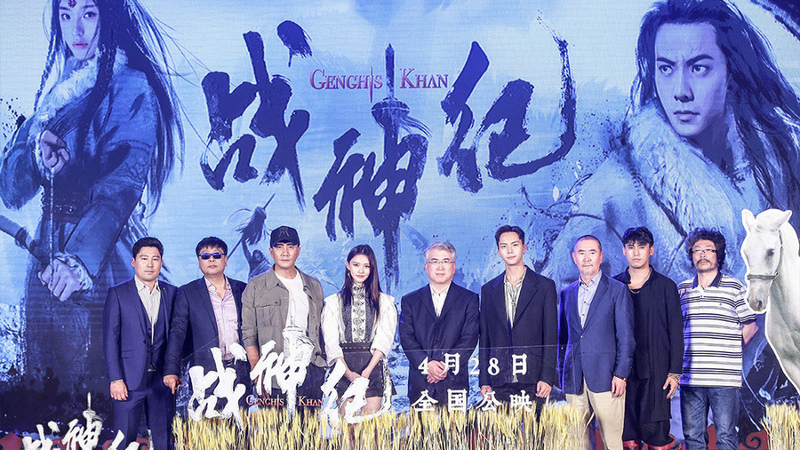 AKIPRESS.COM - Genghis Khan historical epic film will be premiered in China on April 28.

Directed by Hasi Chaolu from China's Mongol ethnic minority group, and produced by French director Jean-Jacques Annaud the film follows the story of Temujin, who was born in 1162 to a tribal leader's family on the northern prairie of Northeast Asia and how he became Genghis Khan - founder of the Mongol Empire in 1206, Montsame news agency reports.

Unlike previous Chinese or overseas productions that have focused on Temujin's political and actual battles with other tribes as he made his way to power, the film turns the young ruler's biggest antagonist into a tribe that is trying to rule the prairie through dark magic. The latest trailer even showcases Temujin, seen as the reincarnation of the Mongolian god of war in the story, fight against a huge demonic creature from the hell under a stormy sky.

Three out of the five main Mongol characters are being played by Han ethnic majority actors; most notably Genghis Khan is played by Hong Kong actor William Chan.

The film, originally slated to be released in China on December 22, 2017, was subsequently postponed to April 28, 2018 to allow the team more time for post-production work. The film has also been selected to be the closing film at the 8th Beijing International Film Festival.