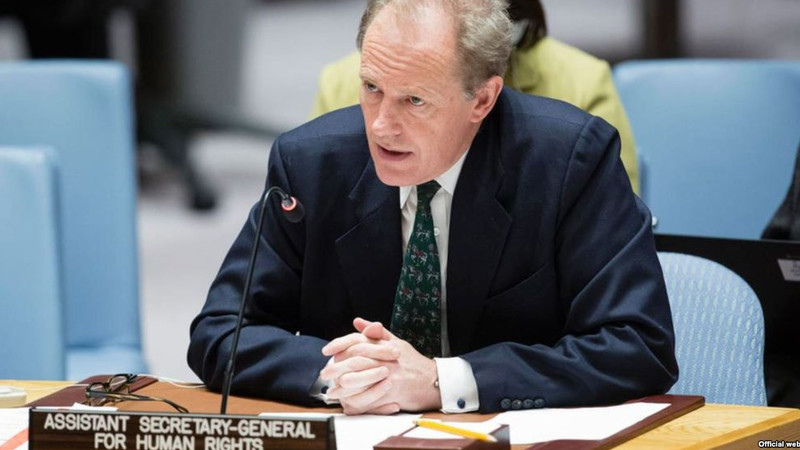 AKIPRESS.COM - Speaking at the end of a two-day visit to Tajikistan, Andrew Gilmour, United Nations Assistant Secretary-General for Human Rights, called for civil society space to be opened up, the UN Human Rights Office of the High Commissioner reported.


He stressed the need for human rights defenders, journalists, lawyers and others to be allowed to carry out their crucial work unhindered by intimidation, unnecessary administrative inspections, and the fear of prosecution. Gilmour also urged the authorities to do more to strengthen the independence of lawyers, which would enhance access to justice.

Without a vibrant civil society and the exercise of fundamental freedoms, he insisted, “neither security nor development can be truly sustainable - as we have seen in so many places.”

With the backdrop of continued reports of torture, Gilmour welcomed recent legislative progress by Tajikistan on this issue. He offered technical support from the UN Human Rights Office in Central Asia to set up a national preventive mechanism and to end this practice that he termed “illegal, immoral and ineffective”.

After meeting a wide range of civil society representatives, Gilmour called for effective measures to be taken by the authorities to combat widespread discrimination against women, youth, people with disabilities, and members of the lesbian, gay, bisexual, transgender and intersex (LGBTI) community. He expressed particular concern about the involuntary registration of LGBTI individuals, which has exposed them to even further harassment.

In a discussion with students of the Tajik National University, Gilmour firmly rejected any notion that human rights and security are incompatible. On the contrary, he stressed, pointing to many examples from around the world, it is “repression and attacks on the rights of communities that invariably fuel anger, extremism, violence and instability.”

He rejected the idea that human rights are based on “western” values, challenging the students to read the Universal Declaration of Human Rights and see if they could find just one of its 30 articles that does not apply to them and their aspirations.

“This year is the 70th anniversary of that great document and I call on you all to consistently stand up for your own rights and also the rights of others,” he added.