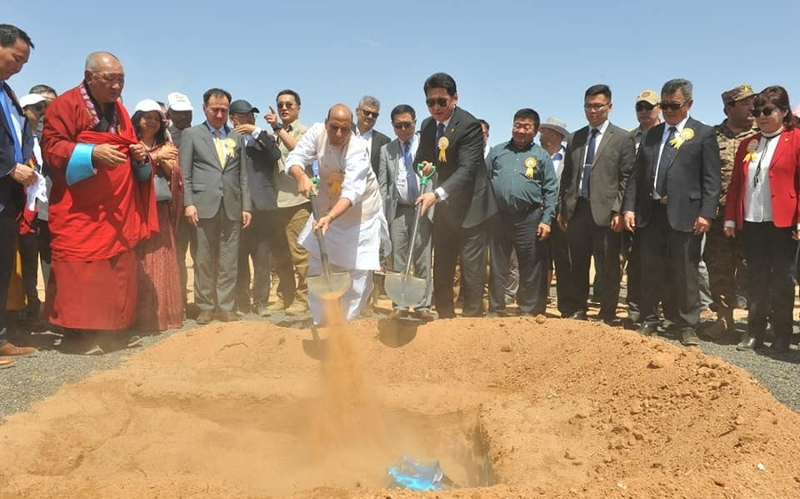 AKIPRESS.COM - Ground breaking ceremony of the first oil refinery of Mongolia was held on June 22 in Altanshiree soum of Dornogobi aimag.

The construction of the oil refinery funded by $1 billion soft loan from India will be implemented in two stages.

Indian Home Minister Rajnath Singh attended the ceremony as part of his working trip to Mongolia at the invitation of Prime Minister Ukhnaa Khurelsukh.

Singh called the event a historic one in 60-year-old diplomatic relations between Mongolia and India. The project will develop bilateral friendly ties and strengthen strategic partnership, he noted.

Khurelsukh, for his part, called the event historic decision for Mongolia to have an oil refinery.

The refinery will have a processing capacity of 1.5 million metric tons of oil per year and will annually produce 560,000 tons of gasoline and 670,000 tons of diesel, as well as 107,000 tons of liquefied natural gas. The refinery could boost Mongolia's gross domestic product by 10 percent. Currently, Mongolia exports crude oil to China while importing petroleum products from the Russian Federation.