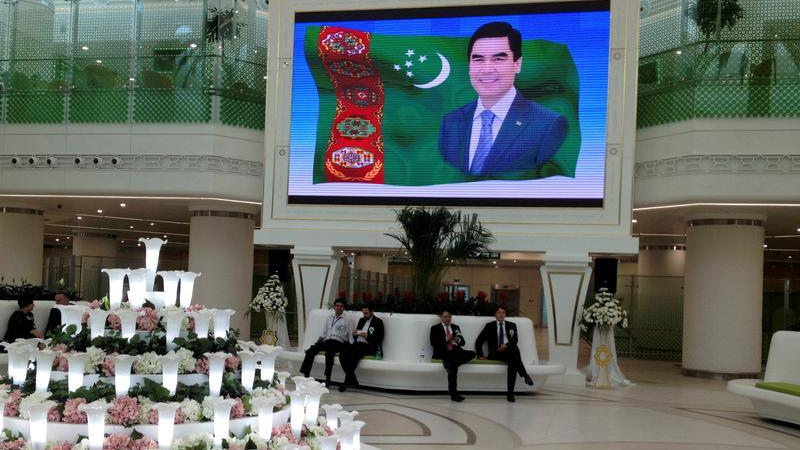 AKIPRESS.COM - German technology companies should publicly disclose whether they are considering sales to the Turkmenistan government, Human Rights Watch said on June 25.

They should also reveal what steps they have taken to assess whether any technology sold is likely to be used by the government to block websites and carry out surveillance in violation of human rights, HRW stressed.

In February 2018, Turkmen state media outlets reported that a senior vice president at Rohde and Schwarz, a major German technology firm, had met with Turkmenistan’s President Gurbanguly Berdimuhamedov. A person knowledgeable about the issue told Human Rights Watch that the government was seeking technology for monitoring and blocking mobile and satellite communications, which would also enable the government to block internet access.

“The Turkmen government controls all media, arbitrarily blocks access to information, and carries out surveillance on communications to identify and persecute critics,” said Wenzel Michalski, Germany director at Human Rights Watch. “Rohde and Schwarz should publicly disclose whether it’s considering selling technology to Turkmenistan, with its record of repressing rights, and how it is addressing the possibility its technology will be used to further rights violations.”

Turkmenistan’s government, one of the most repressive in the world, tightly controls access to the internet in the country, censors the media, and brutally represses all dissent, Human Rights Watch said.

In a March 2018 letter to Rohde and Schwarz, Human Rights Watch asked whether it was considering, or had already carried out, such technology sales to Turkmenistan. Rohde and Schwarz’s response did not confirm or deny whether the company has sold or plans to sell to Turkmenistan, saying it “does not disclose information on its business and customers in security-relevant areas.”

Rohde and Schwarz declined to provide to Human Rights Watch any information about its due diligence practices that would ensure that the sale of its technologies is not used or misused by governments to aid in human rights violations. In a letter dated March 27, the company stated that the company has an “internal compliance process” that “covers all compliance-relevant areas of our business.” But it did not provide any specific details about this process and how the company ensured that its sales did not further human rights violations.

The Turkmen government controls all print and electronic media, and foreign media outlets often cannot be accessed in Turkmenistan. Authorities have repeatedly targeted Radio Azatlyk, the Turkmen service of Radio Free Europe/Radio Liberty (RFE/RL), the only source of Turkmen-language alternative news available in the country, by blocking its website and broadcast, and persecuting people who work for the outlet as freelancers.