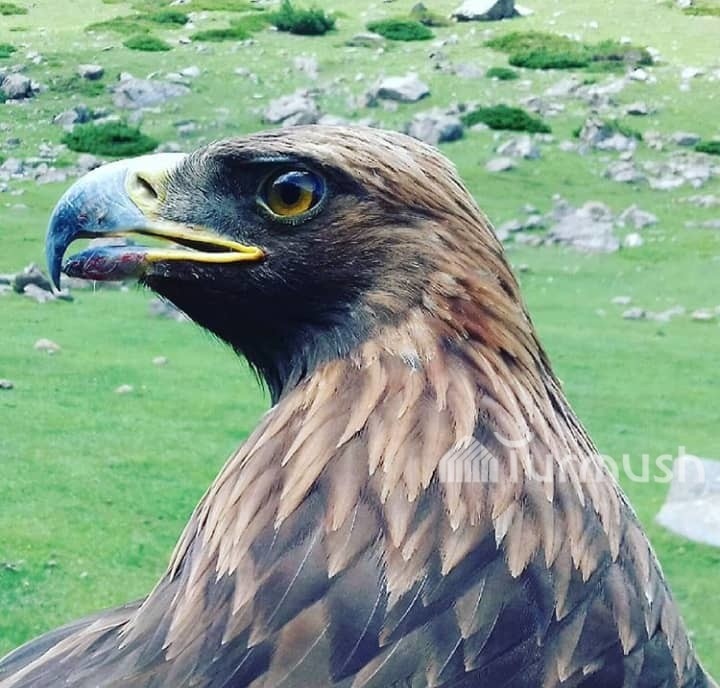 AKIPRESS.COM - A golden eagle has attacked a 8-year-old girl at the ethnofestival on the southern bank of Lake Issyk-Kul.

The girl suddenly showed up in the field where the eagle was flying. Instead of flying to its master, the bird attacked the girl.

Salavat, owner of the eagle, visited the girl in hospital, where she was taken with slight injuries.

“I have been training this bird for 15 years. We have won the first place with this eagle at the Second World Nomad Games. This is the first time for 15 years when this bird attacked a human being,” the young man said.

“The bird was flying from one side of the field in my direction. I was supposed to cry and the bird was to sit at my arm. However, when eagle hunting is held, there should not be unauthorized people in the area. All present people were warned against leaving the safe area,” he added.

“When the eagle was flying, he noticed a walking girl and probably thought the girl is calling it. Then the bird flew in direction of the girl. The bird’s claws are very sharp, it made the girl fall, scratched the back side of the head and shoulders of the girl. If the eagle wanted to kill the girl, it would easily do so. Even an adult person won’t be able to resist this bird. In this particular case the bird just tried to seat on the girl,” the bird trainer stated.

Salavat met with the girl's parents. The girl is much better now. The parents agreed with that was an accident, he said.

Film director Ernest Abdijaparov present at the ethnofestival said, “The place was blocked off. It was intended for demonstration of eagles. Nobody noticed the girl walking from the river. She showed up suddenly. The eagle noticed the running girl and flew in her direction and knocked her down... I think the eagle thought it was supposed to catch a girl... I saw how such birds hunt. They usually prick their claws deep inside the animals. But the girl did not receive severe injuries. If the bird had hunted, the girl would have received severe injuries.”