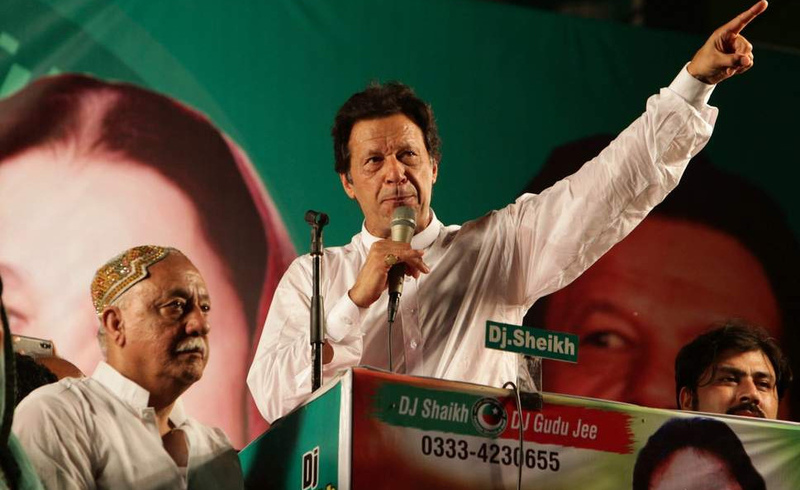 AKIPRESS.COM - Imrаn Кhаn was on trаck to become Рakistan’s new prime minister on Тhursday, in an election that has been clouded with accusations of vote rigging, Financial Times reported.


After 16 hours of vote counting, the party of Mr Khan, who entered politics in 1996 after retiring from international cricket, was ahead in more than 113 of the 272 seats, putting him within touching distance of an unexpected majority.

But the results are being contested by several of his opponents, who have alleged electoral malpractice both before and on polling day. Members of the incumbent Pakistan Muslim League-Nawaz, as well as the Pakistan People’s party and two other smaller parties, all say their election agents were expelled from some polling stations during the counting process.

This follows a campaign during which candidates from other parties said they had been harassed by the security services into defecting to Mr Khan’s Pakistan Tehreek-e-Insaf party.

Early on Thursday, Shehbaz Sharif, the head of the PML-N and brother of the jailed former prime minister Nawaz Sharif, rejected the results, alleging there had been “massive rigging” in Mr Khan’s favour.

He added: “We cannot live like this. I reject this result . . . Pakistanis will not accept their vote being trampled upon in this way.” The party will meet on Thursday to decide whether and how to challenge the result.