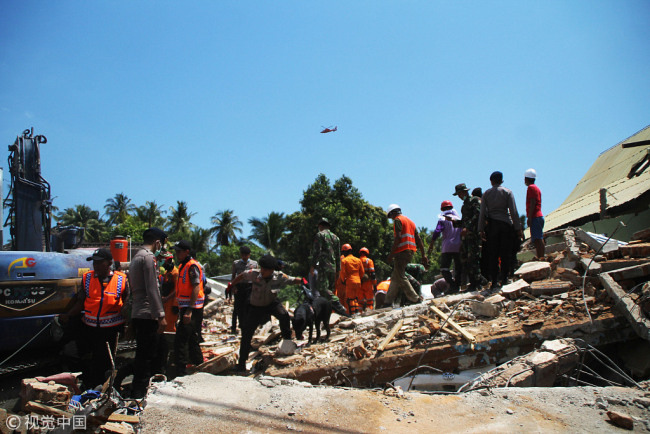 AKIPRESS.COM - The death toll from the Lombok earthquake has risen dramatically to 347, the government-run news agency Antara has said.

Another Indonesian government agency has put the figure at 381, a significant increase from figure of 131 reported on Wednesday. The number of the dead may still climb higher, as rescuers work to free people trapped in the rubble.

Officials and organisations including the military, the governor of the province that includes Lombok, the national search and rescue agency and the regent of North Lombok have issued different death tolls, ranging from 226 to 381, The Guardian reports.

The national disaster agency announced today that they believed the death toll to be 164 with at least 1,400 people seriously injured and 156,000 displaced.

Related content
As death toll on Indonesia's Lombok tops 100, thousands wait for aid
President of Kyrgyzstan condoles with Indonesia over deadly earthquakes in Lombok
At least 91 people killed in earthquake in Indonesian island of Lombok