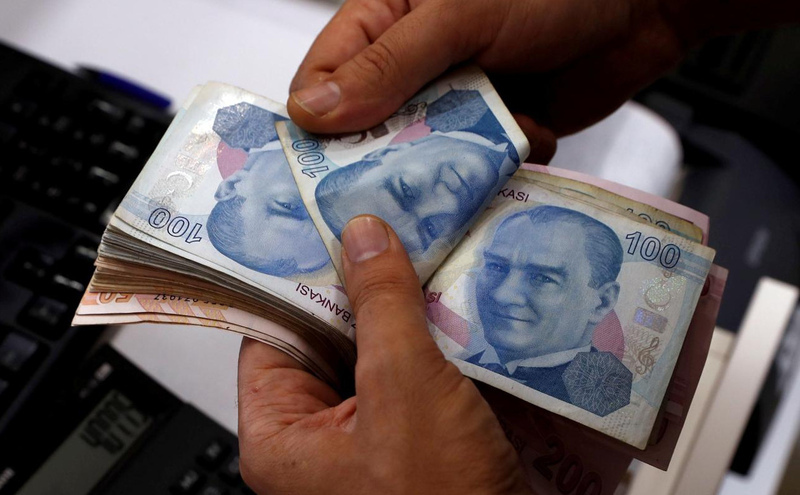 AKIPRESS.COM - Turkey’s central bank announced a series of measures on Monday to free up cash for banks as the country grapples with a currency crisis sparked by concerns over President Recep Tayyip Erdogan’s economic policies and a trade and diplomatic dispute with the United States, APreported.

The Turkish lira has nosedived over the past week and tumbled another 7 percent on Monday as the central bank’s measures failed to restore investor confidence.

The currency hit a record low of 7.23 per dollar late on Sunday after Erdogan, in a series of speeches over the week, showed no sign of backing down in the standoff against the United States, a NATO ally.

He threatened to seek new alliances and partners and warned of drastic measures if businesses withdraw foreign currency from banks.

Erdogan also ruled out the possibility of higher interest rates, as they can slow economic growth. But independent economists say higher rates are needed urgently to stabilize the currency and Erdogan’s hard line is one of the reasons investors are worrying.

Erdogan won a second term in office in June under a new system of government that gives the president sweeping powers. The move has increased concerns over the central bank’s independence.

On Monday, the central bank announced a series of steps to “provide all the liquidity the banks need.”

The moves are meant to grease the financial system, ease any worries about trouble at banks and keep them providing loans to people and businesses.

In times of high uncertainty, banks tend to shy away from lending to each other. A so-called credit crunch, a lack of daily liquidity, can cause a bank to collapse.