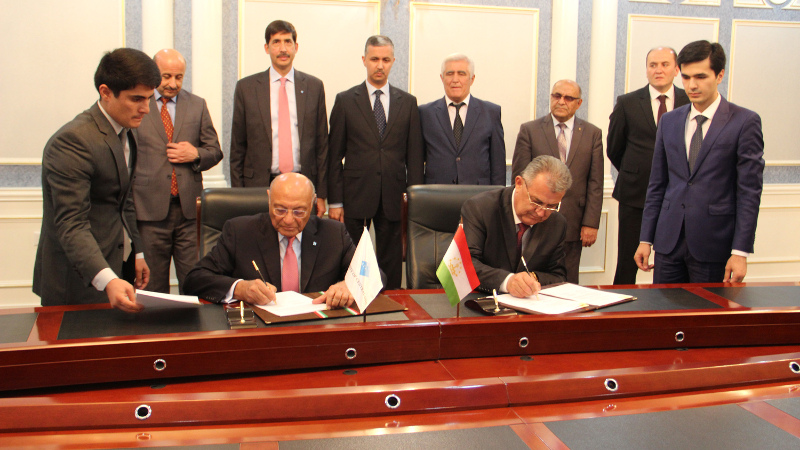 AKIPRESS.COM - The Ministry of Education and Science of the Republic of Tajikistan and the University of Central Asia (UCA) signed an Agreement of Cooperation to enhance their mutually beneficial relationship with “the aim of preparing highly educated professional specialists who are able to meet competition in internal and external labor markets, introducing new methods of education, improving the quality of education, as well as carrying out the educational activities” at UCA’s School of Arts and Sciences, Khorog, Tajikistan, UCA reports.

The Agreement was signed on September 4, 2018 by the Minister of Education and Science, Professor Nuriddin Said, and the Chairman of the Board of Trustees of UCA, Dr. Shamsh Kassim-Lakha, at the Ministry of Foreign Affairs of the Republic of Tajikistan. Also present at the signing were the Deputy Minister of Foreign Affairs Mr. Ismatullo Nasredin, the Rector of the University of Central Asia, Prof. Dr. S. Sohail H. Naqvi, along with other senior officials of the Ministries and UCA.

UCA was founded in 2000 as a private, not for profit, secular university under a Charter promulgated through an International Treaty signed by the Presidents of Tajikistan, the Kyrgyz Republic, Kazakhstan and His Highness the Aga Khan; ratified by the respective Parliaments, and registered with the United Nations.

“We believe UCA will play an important role in training professionals at an internationally competitive level who will make a major contribution to the development of their countries and this entire region”, said Minister Nuriddin Said. Commenting on the Agreement with the Ministry, UCA’s Chairman of the Board of Trustees, Dr. Shamsh Kassim-Lakha, expressed his delight that, “with the support of the Governments of Tajikistan, Kyrgyzstan and Kazakhstan, and UCA’s renowned partner universities in Australia, Canada, Europe and Russia, the University will have an opportunity to expand its role in the development of the region, through research and the training of talented Tajik and other Central Asian students.”

The new residential campus of UCA’s School of Arts and Sciences at Khorog provides for talented students from Tajikistan to interact with their peers from the other two Founding States of Kyrgyzstan and Kazakhstan, as well as neighboring countries, to address challenges and issues common to their mountain regions. These include the impact of climate change, new paradigms of economic development, and opportunities afforded by the rapid development of information technology systems and networks.