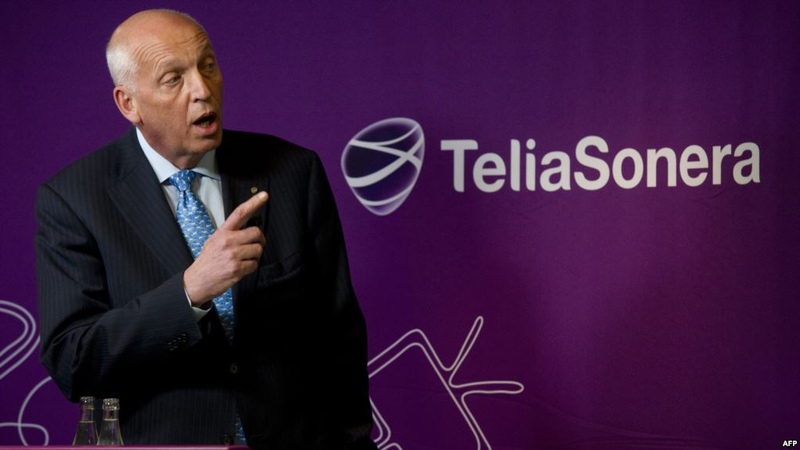 Former chief executive Lars Nyberg and two other defendants are suspected of paying $350 million to Gulnara Karimova in return for a mobile-phone license in Uzbekistan and for the "protection" of the Uzbek government.

The trio was charged in September last year after the Stockholm-based company agreed to pay nearly $1 billion in penalties to help settle the years-long corruption probe.

The court in Stockholm on September 4 ordered Telia's current CEO, Johan Dennelind, to testify under oath during the trial.

The court also announced that the closing arguments by lawyers and prosecutors are due take place on December 11-14, while the verdict is set for January-February next year.

Telia, which used to be known as TeliaSonera, is not the only international telecom company that has been ensnared in allegations over bribery in Uzbekistan.

In February 2017, Dutch-based VimpelCom, which is controlled by a Russian-owned holding company, agreed to pay $795 million to resolve U.S. and Dutch charges.

Karimova, 46, was once a high-profile socialite, fashion designer, pop singer, and ambassador to United Nations agencies in Geneva who was seen as a potential successor to her father, who ruled Uzbekistan with an iron fist for a quarter-century.

But she vanished from sight as she found herself at the center of a financial-crimes probe in Uzbekistan in which many of her associates have been jailed.

The Uzbek Prosecutor-General's Office said last year that Karimova was sentenced to five years of "restricted freedom" in 2015 after she and several associates were convicted of crimes, including extortion, embezzlement, and tax evasion.

Karimova has additionally been charged with several other crimes, including financial misdeeds, forgery, and money laundering, a statement said.

Multiple previous reports have indicated she has been under house arrest since 2014.