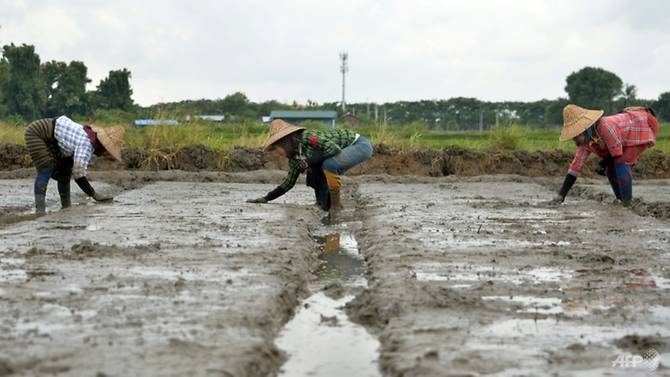 
Since rice is a major staple for at least half the world's seven billion people, the way it is managed has significant effects on the Earth's warming climate, said the report in the Proceedings of the National Academy of Sciences, a peer-reviewed US journal.

For the study, researchers at the non-profit Environmental Defense Fund took a closer look at emissions of nitrous oxide, a long-lasting atmospheric pollutant that is more potent than methane or carbon dioxide.

N2O rises when rice fields are allowed to dry before being wetted again.

It is encouraged by some agricultural organisations affiliated with the United Nations Food and Agriculture Organization as a way of saving water and reducing methane, another major greenhouse gas emitted by rice paddies. It remains unclear how many farmers do it.

"When the soils are frequently wetted and dried, they repeatedly become ideal environments for microbes that produce nitrous oxide," explained lead author Kritee Kritee, senior scientist at the EDF.

"Methane on the other hand is produced by microbes that require soils to be submerged in water," she told AFP in an email.

But it is not true that all farms are continuously flooded.