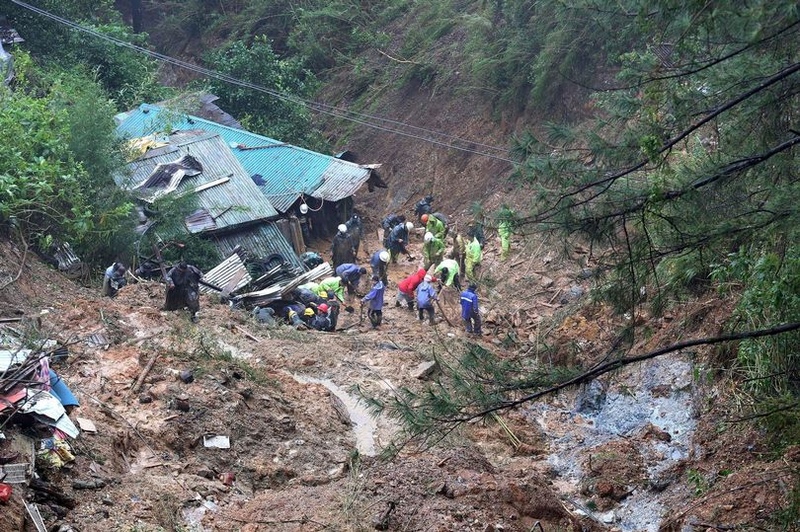 AKIPRESS.COM - Seven bodies have been found and at least 40 people are feared trapped in The Philippines after a landslide, Mirror reports.


Authorities say part of a mountain slope collapsed on top of bunkhouses used by gold miners in the town of Itogon in the central Benguet province.

According to ABS-CBN, Senior Superintendent Lyndon Mencio, the region's chief of police, said: "There seems to be no signs of life."

It comes as Typhoon Mangkhut causes havoc in the gold-mining region on Saturday.

At least 29 people are believed to have died as a result, and around 300 families have been forced to move into emergency accomodation.

Mangkhut is considered the strongest to hit the region this year, equivalent to a maximum Category 5 "intense hurricane" in the Atlantic.

About a quarter of the estimated 4.2 million people affected by Saturday's storm live in poverty, and the United Nations estimated about 1.4 million farmers and 100,000 fishermen were hit by the typhoon, Reuters reported.