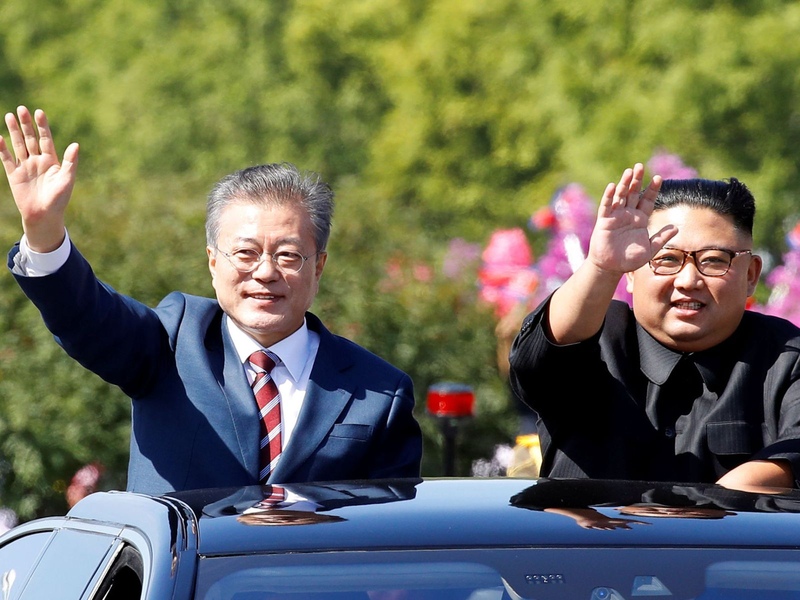 
The two leaders smiled and hugged each other as they met at Sunan International Airport, joined by their wives, at the start of the three-day visit.

They were greeted by thousands of cheering North Koreans waving flowers, North Korean flags and a blue-and-white map symbolising a unified peninsula.

Mr Moon is only the third South Korean leader to visit North Korea's capital for a meeting between the two countries since the end of the Second World War.

It is the third time the two leaders have met this year, having previously held talks in the Koreas' shared border village of Panmunjom.

Mr Moon said he is pushing for "irreversible, permanent peace" and for better dialogue between Pyongyang and Washington during "heart-to-heart" talks with Mr Kim.

Both leaders want the US to sign off on formally ending the Korean War, which still technically continues because no peace treaty has ever been signed.