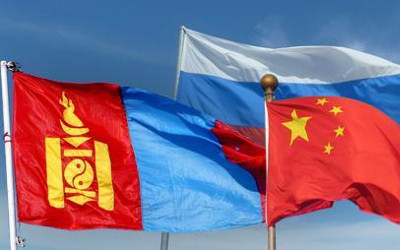 AKIPRESS.COM - The fourth China-Mongolia-Russia Think-Tank Forum kicked off here Tuesday to discuss the building of a trilateral economic corridor between the three countries, Xinhua reports.

During the two-day event, some 120 experts and officials from the three countries are expected to submit their proposals and exchange views on intensifying the establishment of the China-Mongolia-Russia economic corridor and strengthen trilateral cooperation.

"The trilateral economic corridor, an important part of China's Belt and Road Initiative, is related to not only the economy but also various fields such as culture, science, tourism and people-to-people exchanges," Yadmaa Tumurbaatar, director of the National University of Mongolia, said at the opening ceremony of the forum.

The China-Mongolia-Russia Think Tank Forum was jointly established by relevant agencies and associations from the three countries in 2015.

The first forum was held in Mongolia's capital in 2015, with the second taking place in Inner Mongolia, China in 2016, and the third in Buryatia, a republic of Russia in 2017.