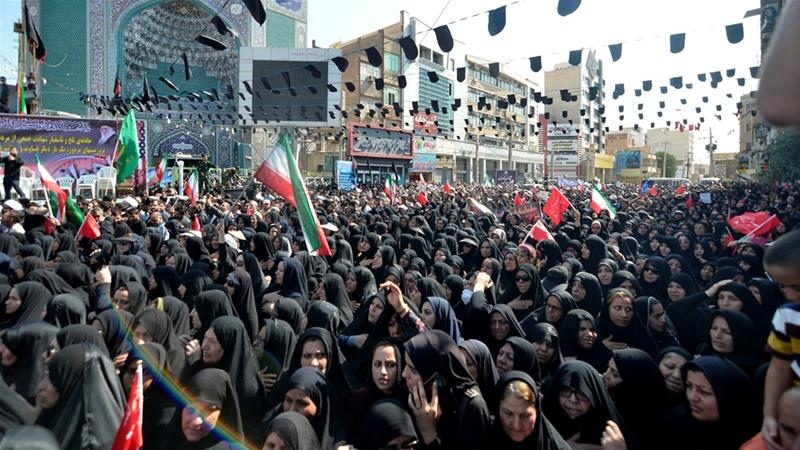 AKIPRESS.COM - Thousands of people gathered in Iran's southwestern city of Ahvaz at a mass funeral for the victims of an attack on a military parade that killed 25 people, Aljazeera reports.


Mourners flooded the streets of Ahvaz, the capital of oil-rich Khuzestan province, on Monday, waving Iranian flags and holding photographs of the victims aloft.

Among those being mourned was a disabled war veteran and a four-year-old boy, as well as at least 12 members of Iran's elite Revolutionary Guard.

Gunmen dressed in military uniform opened fire on marching soldiers, bystanders and government officials, who had gathered to watch the parade on Saturday.

Almost half of those killed were from Ahvaz, while the others came from elsewhere in Khuzestan.

"Just look at the crowd," said Ahvaz resident Ghaseem Farhani. "With no fear, people are gathered here to see their soldiers and martyrs off to heaven."

Mourners reportedly shouted "death to America" and "death to Israel".

As relatives lay atop their loved ones' flag-draped coffins near Ahvaz's Sarallah Mosque, Iran's Intelligence Minister Mahmoud Alavia said many suspects were identified and "a majority of them were detained".

"We will punish the terrorists, one by one," he said.