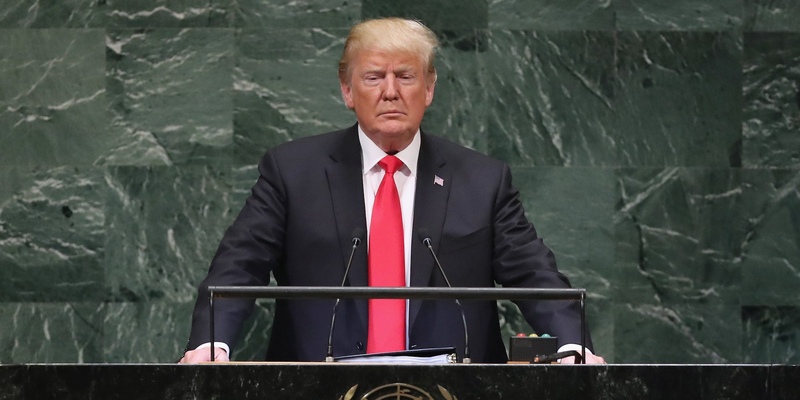 AKIPRESS.COM - President Donald Trump got some laughter when he addressed world leaders on Tuesday, AP reports.


The president was highlighting U.S. gains under his watch as he opened his address to the U.N. General Assembly. He said the American economy was "booming like never before" and that his administration has accomplished more in less than two years than almost any other administration.

His boast elicited laughter from the scores of heads of state and delegates in the audience for the speech.

Trump, who has long claimed that his predecessors' weak leadership prompted other nations "to laugh" at the US. appeared flustered and responded, "I didn't expect that reaction, but that's OK."

Trump says the U.S. is a "stronger, safer and richer country" than when he took office in January 2017. He says "we are standing up for America and for the American people, and we are also standing up for the world."

Some in the audience also grumbled during Trump's remarks when he said "we reject the ideology" of globalism and criticized nations such as Germany for agreeing to an oil pipeline with Russia.

When Trump criticised socialism, a member of the Swedish delegation frowned with disapproval.