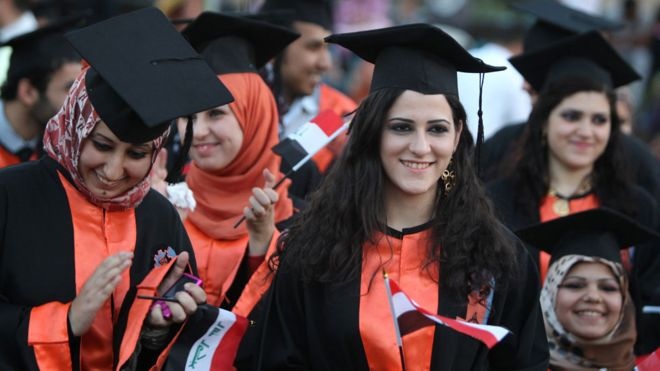 
The University of Baghdad, emerging from Iraq's conflicts, has appeared in the rankings of the top 1,250 research universities around the world.

It was praised for building up international academic partnerships.

Oxford University is in first place for a third consecutive year - but the UK's overall standing is described as in "modest decline".

Oxford and Cambridge take the top two places, but the rankings' publishers say that such "individual stars" are against a background of UK universities slipping back.

For the first time, there are more Japanese than UK universities in the rankings.

Phil Baty, editorial director of the rankings, said UK universities had "taken a hit" in terms of their international reputation.

But she warned that as UK universities "face the great unknown that is Brexit we look forward to ever deeper cooperation with colleagues abroad. It has never been more important that we engage internationally".

Oxford and Cambridge's retention of the top places is despite a growing wealth gap.