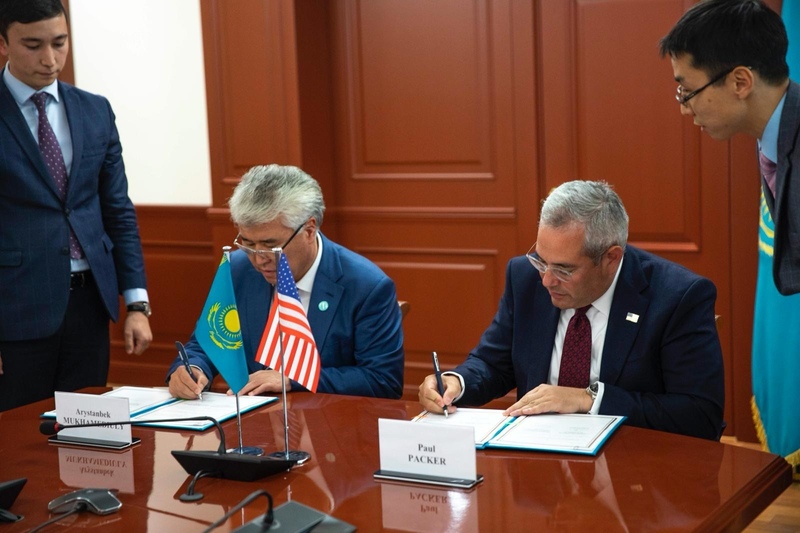 The agreement will initiate the joint work of the U.S. and Kazakhstan to preserve the heritage of national, religious and ethnic groups that live or lived in Kazakhstan's territory, including victims of the Holocaust. The memo will serve as the basis for bilateral cooperation and will strengthen cultural and humanitarian bonds between the two countries.

Chairman Packer signed the agreement while in Astana for the VI Congress of the Leaders of World and Traditional Religions, where he was a featured speaker. In his remarks to the Congress, he praised Kazakhstan for welcoming Jewish refugees fleeing Nazi persecution and Stalinist Russia. He also thanked the country on behalf of U.S. President Donald J. Trump for its good relations with Israel.

"At this moment in history, when we are faced with challenges the likes of which humanity may never have seen, we must look to our shared values: strong families, community-building, and the pursuit of higher learning and deeper meaning," Chairman Packer said. "We must find unity through heritage."

The U.S. Commission for the Preservation of America's Heritage Abroad was created by Congress 35 years ago to ensure that historic sites with significance to American communities are protected and preserved. Chairman Packer was appointed to lead the Commission by President Donald J. Trump.