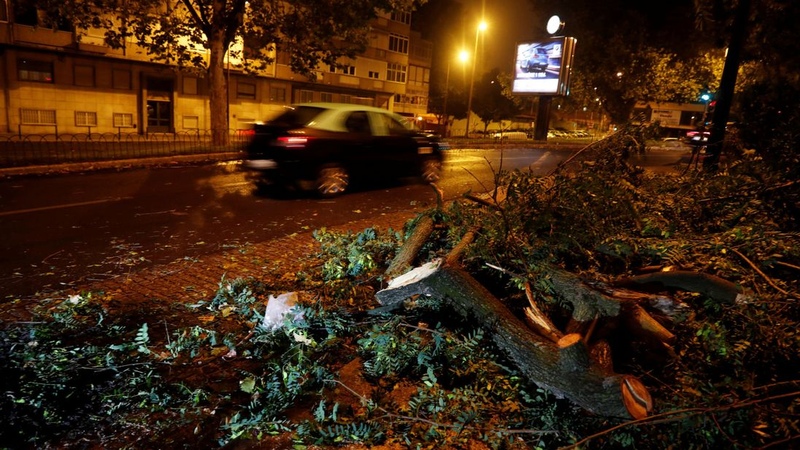 AKIPRESS.COM - Portugal has been battered by one of its strongest ever storms as the remnants of Hurricane Leslie left hundreds of thousands of homes without power, Sky News reports.


Spain was also expected to be hit by the severe weather, dubbed a "zombie" storm because it first formed on 23 September and has meandered through the Atlantic Ocean for weeks.

Winds of 110mph were recorded as the hurricane, which weakened slightly into a post-tropical cyclone, swept into northern and central Portugal overnight, with officials warning people not to venture outdoors.

At least 300,000 homes were reported to be without power, while several flights to and from Lisbon were cancelled.

There have been no reports of deaths or injuries as yet.