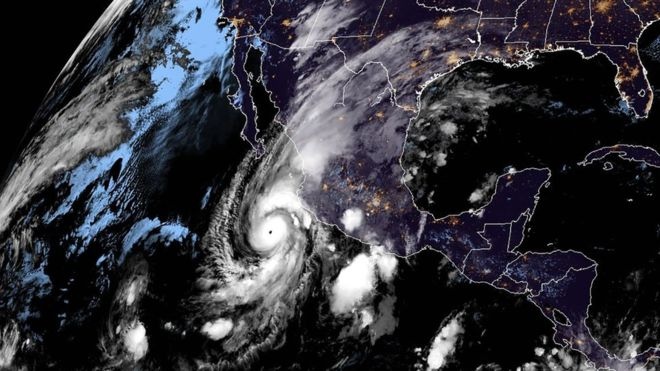 AKIPRESS.COM - Hurricane Willa, a storm described by forecasters as "life-threatening" and "potentially catastrophic", has made landfall in western Mexico, BBC reports.


Currently a category three storm, it has maximum winds of 195km/h (120mph) and is causing "an extremely dangerous storm surge".

The National Hurricane Center has warned residents to stay indoors.

Earlier this month areas of the US were devastated by Hurricane Michael, which left at least 27 people dead.

A hurricane warning is in effect in coastal areas from San Blas to the tourist city Mazatlan, as well as Las Islas Marias.