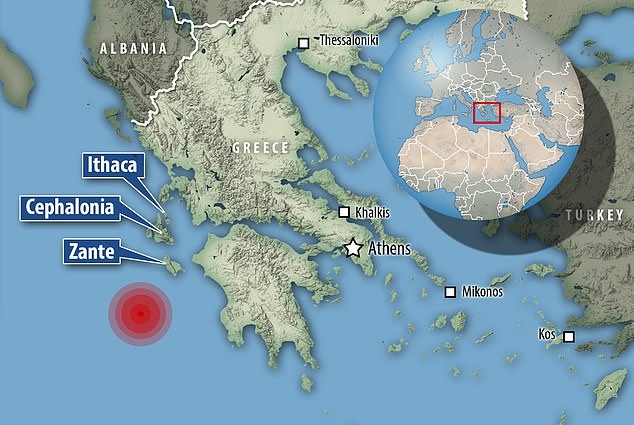 AKIPRESS.COM - A strong quake of magnitude 6.8 struck off Greece near the holiday islands of Zante and Kefalonia early this morning, with shaking felt 500 miles away, Daily Mail reports.


The quake was at a depth of 10 miles, 22 miles west of Lithakia, a village in the southern part of Zante.

The tremors sparked a small tsunami of 15-20cm on local beaches.

The quake struck at 1.54 am and was followed about half an hour later by a 5.2 aftershock. There have been a series of further shocks since.

Others also described it as 'strong' or 'very strong,' saying the shaking lasted 15 to 30 seconds.

Greece lies in one of the world's most earthquake-prone regions, with thousands of quakes recorded every year. But few cause injuries or significant damage.