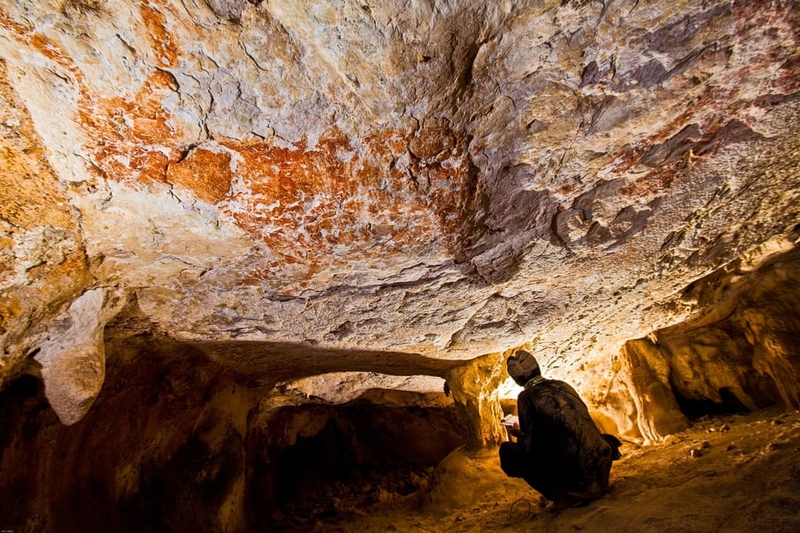 
A painting of wild cattle, dated at about 40,000 years old, in a cave in East Kalimantan, Borneo, part of a large panel containing at least two other animals.

A patchy, weathered painting of a beast daubed on the wall of a limestone cave in Borneo may be the oldest known example of figurative rock art, say researchers who dated the work.

Faded and fractured, the reddish-orange image depicts a plump but slender-legged animal, probably a species of wild cattle that still lives on the island, or simply dinner in the eyes of the artist, if one streak of ochre that resembles a spear protruding from its flank is any guide.

The animal is one of a trio of large creatures that adorn a wall in the Lubang Jeriji Saléh cave in the East Kalimantan province of Indonesian Borneo.

The region’s rock art, which amounts to thousands of paintings in limestone caves, has been studied since 1994 when the images were first spotted by the French explorer Luc-Henri Fage.