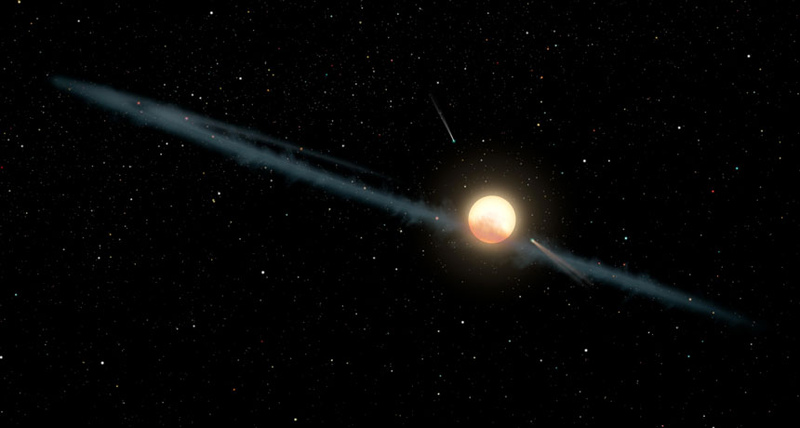 AKIPRESS.COM - Astronomers using a telescope in Chile have discovered a star whose strange dimming and brightening of light are reminiscent of Tabby’s star, which was once suggested to host an alien megastructure, Science News reports.


The megastructure idea, first posited in 2015, was later quashed by data suggesting that the dips are probably from dust particles obscuring the star’s light (SN Online: 1/3/18). The new star’s behavior is probably not due to aliens, either. But it is baffling, says astronomer Roberto Saito of the Federal University of Santa Catarina in Florianópolis, Brazil. He and his colleagues reported the star’s flickering November 6 on arXiv.org.

“We don’t know what the object is,” he says. “And that’s interesting.” The star could have some sort of orbiting debris that periodically blocks the starlight, but Saito and colleagues say they need more observations to figure out if that’s possible or if the flicker is caused by something else.