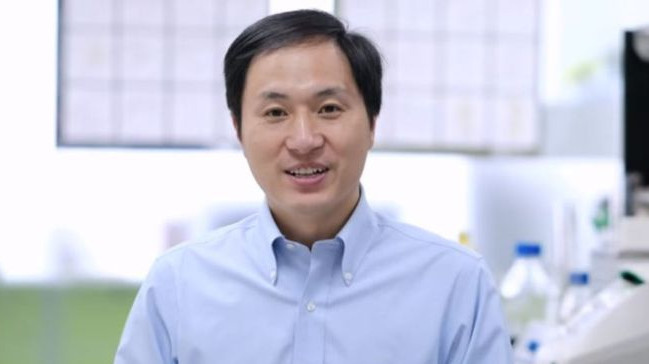 AKIPRESS.COM - A Chinese scientist triggered alarm and confusion across the scientific community Monday with the claim that he had edited the DNA of human embryos to create twin baby girls, Lulu and Nana, who he said had been born “crying into the world as healthy as any other babies” a few weeks ago, Washington Post reports.

The controversial experiment, publicized through the media and videos posted online by He Jiankui of Southern University of Science and Technology of China, was criticized by many scientists worldwide as premature and called “rogue human experimentation.” More than 120 Chinese scientists called the experiment “crazy” in a letter, adding that it dealt a huge blow to the global reputation of Chinese science. Southern University said in a statement it would be investigating the experiment, which appeared to have “seriously violated academic ethics and codes of conduct.”

The unverified claim by He Jiankui came on the eve of an international summit dedicated to discussing the emerging science and ethics around powerful tools that give scientists unprecedented potential to tweak traits and eliminate genetic diseases — but that have raised fears of “designer babies.” By editing the DNA of human embryos, scientists change not just the genes in a single person, but also their potential offspring — in effect, altering the human species.

“Here you have a scientist changing the human race, and you have a YouTube video about it, with no [scientific] paper. It’s just almost surreal,” said Eric Topol, founder and director of the Scripps Research Translational Institute, who said he has seen some of the data behind the experiment. “This guy must have just remarkable chutzpah to proceed. Basically for the first time in history, he has used this powerful tool in a reckless way for no good reason.”

A physicist by training, He told the Associated Press that embryos from seven couples who underwent in vitro fertilization had been edited. He said he used a tool called CRISPR-Cas9 that can make targeted cuts to DNA — to disable a gene that allows HIV to infect cells — with one successful pregnancy so far.