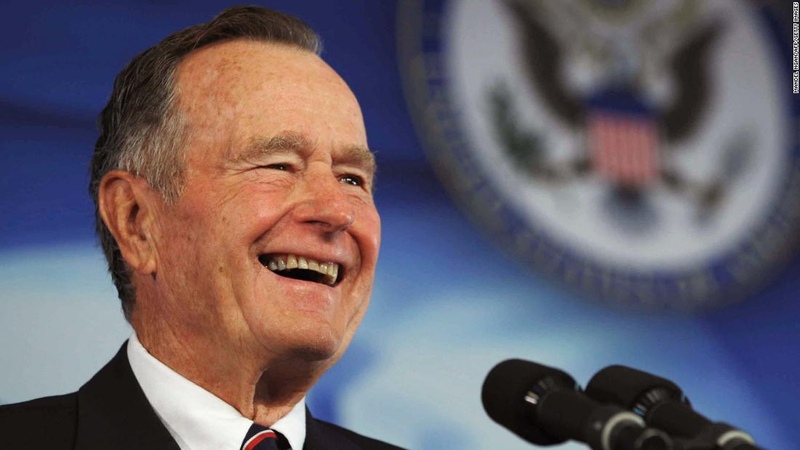 AKIPRESS.COM - The body of former US President George HW Bush is to lie in state next week ahead of a day of national mourning, BBCreports.

An arrival ceremony will be held for Bush Snr on Monday evening at the US Capitol. The public will be invited to pay their respects.

A funeral service will be held at a later date at the National Cathedral in Washington DC.

The former president had been receiving treatment for a form of Parkinson's disease and had been admitted to hospital with a blood infection in April.

He died aged 94 in Houston, Texas.

The presidential plane will be flown to Houston to bring the former president's body to Washington DC.

His body will lie in state in the US Capitol until 07:00 EST (12:00 GMT) on Wednesday, where the public will be able to pay tribute.

He will be buried at the presidential library in Texas, alongside his wife, Barbara Bush, who died seven months ago.

The Bush family said they would announce additional details about funeral arrangements "as soon as is practical".

The White House said President Trump and First Lady Melania Trump would attend, despite not being at the funeral of former First Lady Barbara Bush. Dozens of other world leaders are also expected to be in attendance.

George Herbert Walker Bush was born in Massachusetts in June 1924 and grew up in Connecticut.

He entered politics in 1964 after starting a Texan oil business and becoming a millionaire by the age of 40.

During World War Two, he was an aviator before being shot down by the Japanese in September 1944 while on a bombing raid.

In 1945, Bush married 18-year-old Barbara Pierce, with whom he went on to have six children.

His single presidential term in office was defined by the end of the Cold War and the first Iraq war against Saddam Hussein.

In 2001, his son George W Bush followed him into the White House, serving two terms.