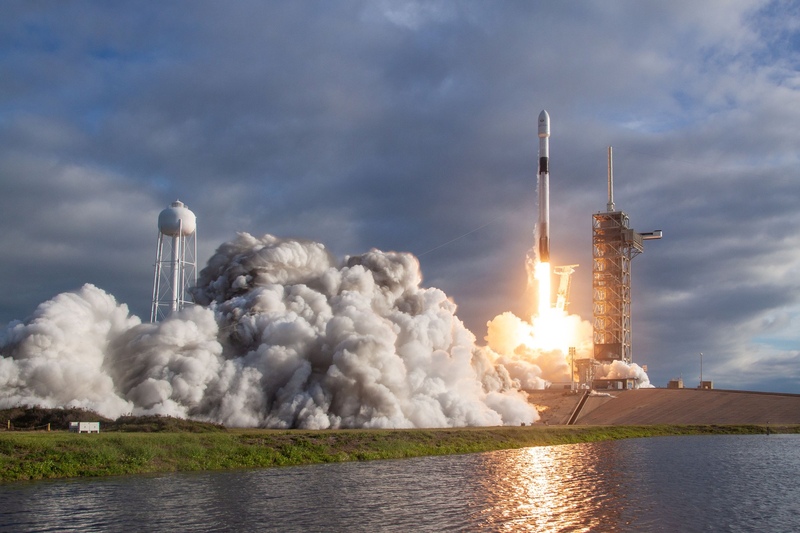 SpaceX has re-flown used first stages many times, but today's launch marked the first time a booster had ever propelled payloads to orbit on three separate occasions. The success is therefore an important milestone for SpaceX, which aims to fly all its vehicles repeatedly and frequently. Such rapid reuse could slash the cost of spaceflight, opening the heavens to exploration, company founder and CEO Elon Musk has said.

According to the Ministry of Defense and Aerospace Industry of Kazakhstan, there are two small satellites from Kazakhstan in this rocket: a 100 kg microsatellite for technological purposes and a scientific nanosatellite of 5 kg for studying the Earth’s ionosphere.

Deputy Minister Marat Nurguzhin reported earlier that Falcon 9 was set for  launch on November 19, but the launch was postponed twice.