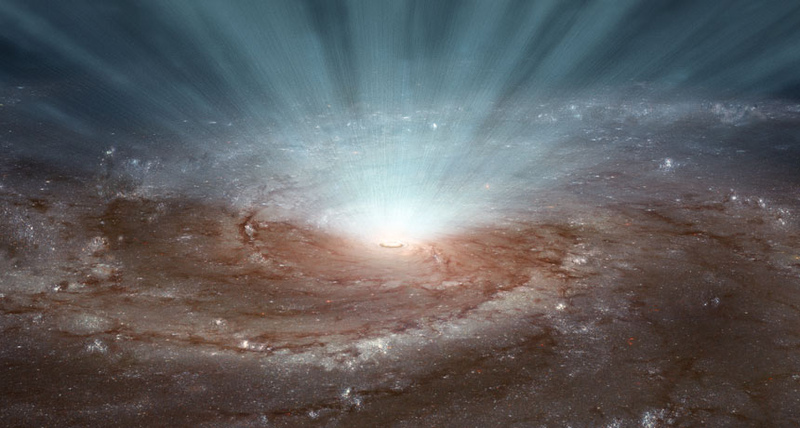 AKIPRESS.COM - Scientists have spotted wind from a supermassive black hole blowing at much greater distances than ever before, Science News reports.


Astronomer Mark Lacy and colleagues used the Atacama Large Millimeter Array in Chile to observe the universe’s first light, and found evidence of gusts flowing from a type of black hole called a quasar. The wind extends about 228,000 light-years away from the galaxy that surrounds the quasar. Previously, astronomers had seen signs of these winds only about 3,000 light-years from their galaxies.

The result, published November 12 could help resolve questions about how black holes can grow with their galaxies, or shut galaxies down for good.

Black holes are best known for gravitationally gobbling everything that veers too close. Paradoxical as it sounds, supermassive black holes can also send material in the opposite direction, driving powerful flows of charged gas and plasma away from their host galaxies.