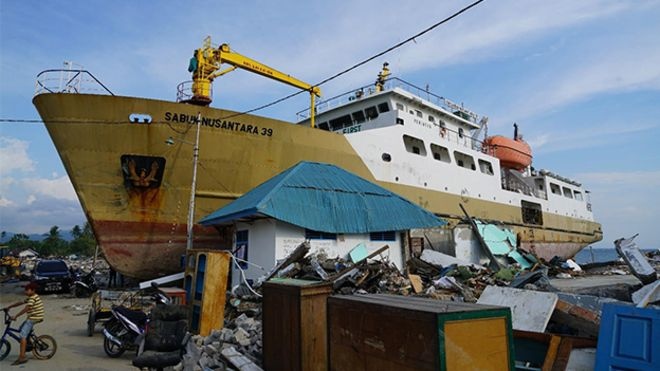 AKIPRESS.COM - Scientists are getting closer to understanding the tsunami that struck Palu in Indonesia in September, BBC reports.


Damaging waves rushed ashore after a Magnitude 7.8 quake, but researchers said at the time that they were surprised by their size.

Now, a survey in the bay in front of the Sulawesi city shows significant subsidence of the seabed.

This likely contributed to the abrupt displacement of water that then crashed on to land.

More than 2,000 people lost their lives in the disaster. Preliminary results of various investigations are being reported here at the Fall Meeting of the American Geophysical Union - the largest annual gathering of Earth and space scientists.