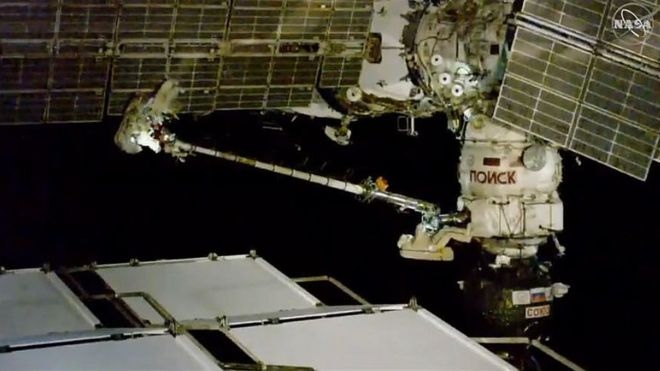 AKIPRESS.COM - Russian cosmonauts on the International Space Station (ISS) are engaged on a spacewalk to investigate a mysterious hole that caused a loss of air pressure in August, BBC reports.


The cause of the hole on the Soyuz MS-09 spacecraft, docked to the station, has not yet been established.

However, Russian officials have said they believe it was caused by a drill and may have been deliberate.

Oleg Kononeko and Sergei Prokopyev will spend about six hours on the spacewalk.

Nasa said that Kononenko will use a knife to cut through insulation and the protective covering of the Soyuz to locate the outside of the hole. Samples will be taken to be sent back to Earth.

The operation will be complicated because the spacecraft, unlike the ISS, is not designed to be repaired while in space and has no railings.