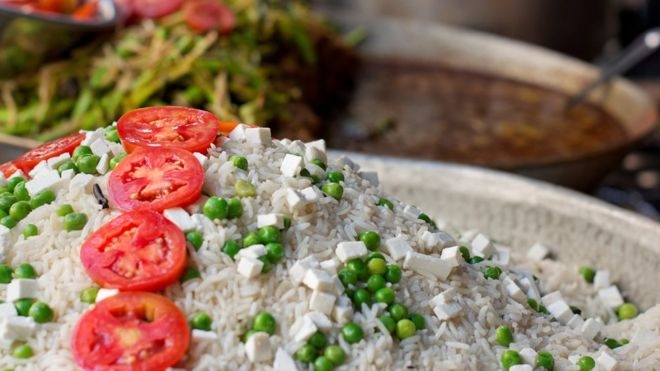 AKIPRESS.COM - Eleven people have died and dozens more have fallen ill after eating rice at a temple in India, police say, BBC reports.


About 70 people have been admitted to hospital after eating the food following a ceremony in the southern state of Karnataka.

A police spokesman told the BBC that 11 patients are in a critical condition.

Two people have reportedly been arrested following the incident, and one health official told local media that the food may have been poisoned.

"We were offered tomato rice [which] was smelling," one person who attended the ceremony told reporters.

The incident happened at the Maramma temple in the Chamarajanagar district on Friday, where a special event was taking place.