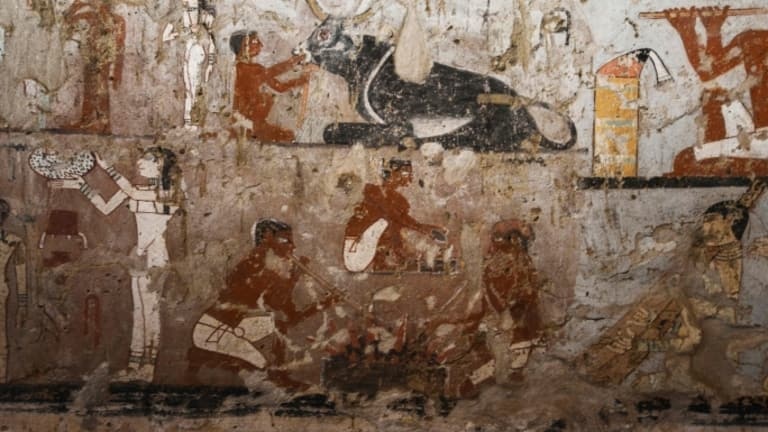 AKIPRESS.COM - A more than 4,000-year-old private tomb containing "exceptionally well-preserved" drawings has been discovered south of Cairo, according to Egypt's Ministry of Antiquities, CNN reports.

Antiquities Minister Khaled al-Anani said the tomb had been discovered at the Saqqara archaeological site and was from the 5th dynasty of the pharaohs, which ruled roughly 4,400 years ago.
The tomb belonged to a royal purification priest known as "Wahtye," al-Anani said in a statement. Inscriptions suggested the priest had served during the reign of King Nefer-Ir-Ka-Re and was the king's supervisor and inspector of the holy boat.