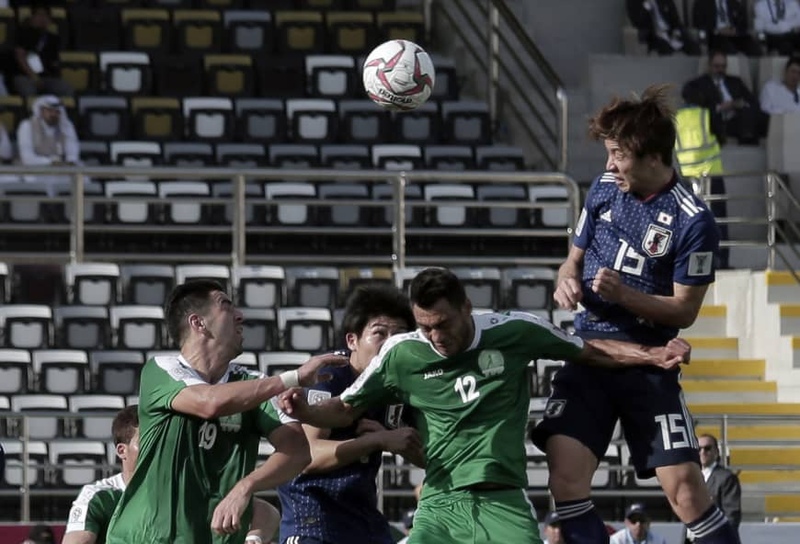 AKIPRESS.COM - Yuya Osako scored a second-half brace before Ritsu Doan added a third as Japan battled from behind for a 3-2 win over Turkmenistan in Group F in its opening match of the AFC Asian Cup in the United Arab Emirates on Wednesday, Japan Times reports.

Coming into the match at Abu Dhabi’s Al Nahyan Stadium as the underdog, Turkmenistan shocked four-time champion Japan by taking the lead in the 26th minute on a long-range strike by Arslanmurat Amanov.

The 28-year-old winger, who plays for Uzbekistani club FK Bukhara, beat ‘keeper Shuichi Gonda with a thunderous shot from five meters outside the box.

The Central Asians gave Japan a scare in the 17th minute when Vahyt Orazsakhedov forced a save from Gonda before Mekan Saparov headed over the bar from the subsequent corner.

In the first-ever meeting between the sides, four-time Asian Cup champion Japan took 21 shots to Turkmenistan’s 9.

Japan became the latest of the tournament favorites to face a tough opening encounter after defending champion Australia suffered a 1-0 upset against Jordan, while South Korea battled for a 1-0 win against the Philippines.