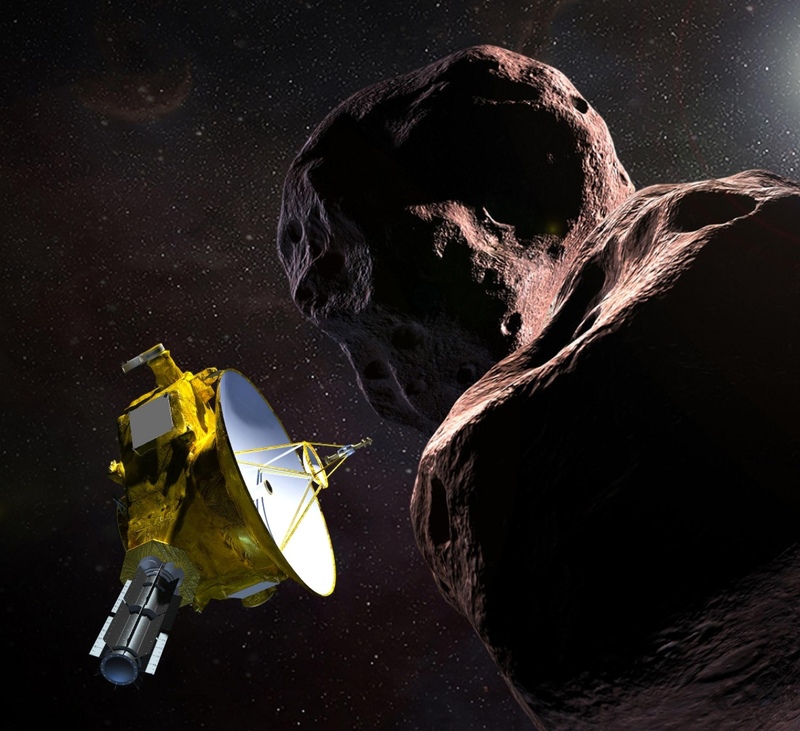 AKIPRESS.COM - On the final evening of 2018, the biggest New Year's Eve party in the solar system unfolded across four billion miles of space. At 12:33 a.m. ET on January 1, NASA's New Horizons probe flew by a small lump of rock and ice called 2014 MU69. Also nicknamed Ultima Thule (UL-tee-ma TOO-le), it's now the most distant, and most primitive, place ever visited by humans, National Geographic reports.


Due to the vast distance messages must travel between Earth and the spacecraft, members of the New Horizons team didn't immediately know for sure whether the flyby was successful. But just after 10:30 a.m., as a plush of the Disney dog Pluto watched over them, the confirmation signal came in, and the teams in charge of each New Horizons subsystem started reporting back.

In the crowd gathered outside mission control, cheers went out when one scientist announced “the SSR pointers are right where we predicted”—meaning that New Horizons had collected the data it was meant to.

“We have a healthy spacecraft. We've just accomplished the most distant flyby,” mission operations manager Alice Bowman said with a smile.