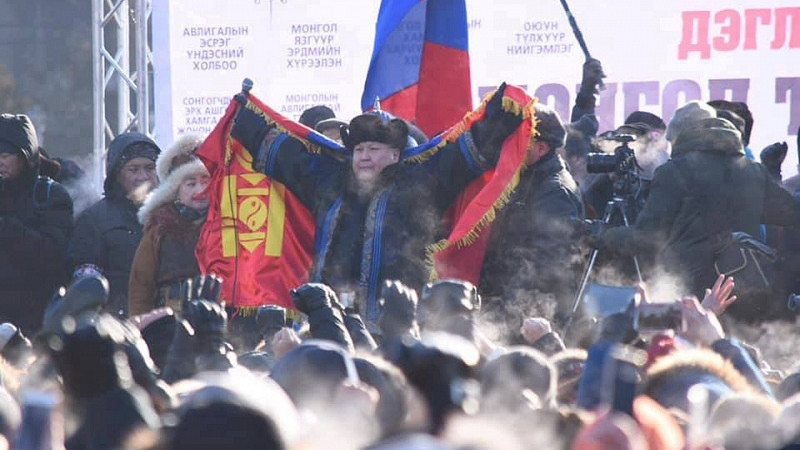 AKIPRESS.COM - Another protest action started in Ulaanbaatar main square on January 10 against speaker of parliament Miyegombyn Enkhbold and other members of the Mongolian People's Party (Mongol Ardiin Nam) and the Democratic Party (Ardchilsan Nam), together known by the abbreviation MANAN.

There has been rising anger over a long-running corruption case related to allegations that Enkhbold and other political figures had looked to raise 60 billion tugrik ($23 million) by selling off government positions. Enkhbold has denied the allegations.

A cross-party group of politicians who are boycotting the parliament’s plenary sessions has signed a letter demanding Enkhbold’s resignation. Enkhbold rejected to step down.

On December 27, 2018 nearly 25 thousand people took to streets in Ulaanbaatar to protest against "corrupt officials."