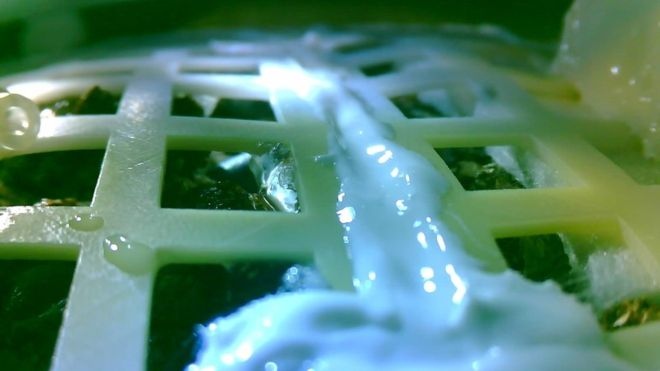 
It marks the first time any biological matter has grown on the Moon, and is being seen as a significant step towards long-term space exploration.

The Chang'e 4 is the first mission to land on and explore the Moon's far side, facing away from Earth.

It touched down on 3 January, carrying instruments to analyse the region's geology.

Plants have been grown on the International Space Station before but never on the Moon.

The ability to grow plants on the Moon will be integral for long-term space missions, like a trip to Mars which would take about two-and-a-half years.

It would mean that astronauts could potentially harvest their own food in space, reducing the need to come back down to Earth to resupply.