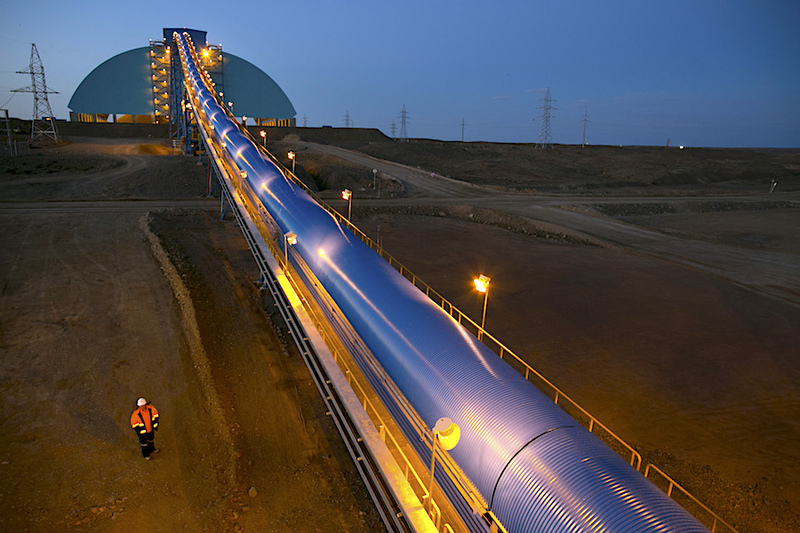 The government of Mongolia owns 34 percent of Oyu Tolgoi with the remainder held by Turquoise Hill Resources, which in turn is 51% owned by Rio Tinto.

The mine, 80 km north of Mongolia’s border with China and roughly 550 km south of the capital, Ulaanbaatar, is one of the world’s largest.

Turquoise Hill says Oyu Tolgoi has the potential to operate for about 100 years from five known mineralized deposits, the first of which (Oyut), went into production as an open pit in 2013.