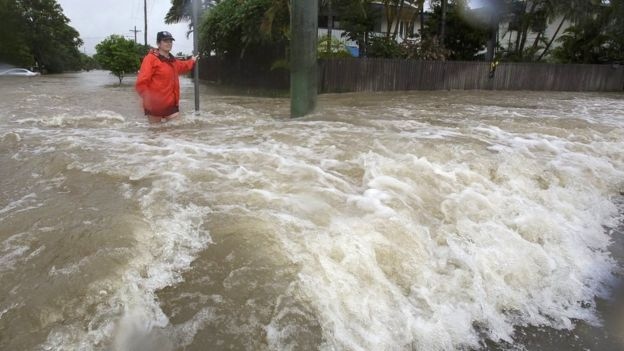 AKIPRESS.COM - Officials in the Australian city of Townsville are deliberately flooding several neighbourhoods after record rainfall that has swollen a dam beyond capacity, BBC reports.


Residents in and around the north-eastern city have been warned of "risk to life" and "unprecedented flooding" that could inundate up to 20,000 homes.

People have been told to seek shelter on higher ground.

Townsville has received more than a metre (3.3ft) of rain in just a week.

That is more than 20 times the average for the time of year - beating the previous record set in 1998, in what became known as the Night of Noah.

Gates at the Ross River dam were fully opened on Sunday evening because water levels were too high and the monsoon rains were continuing.