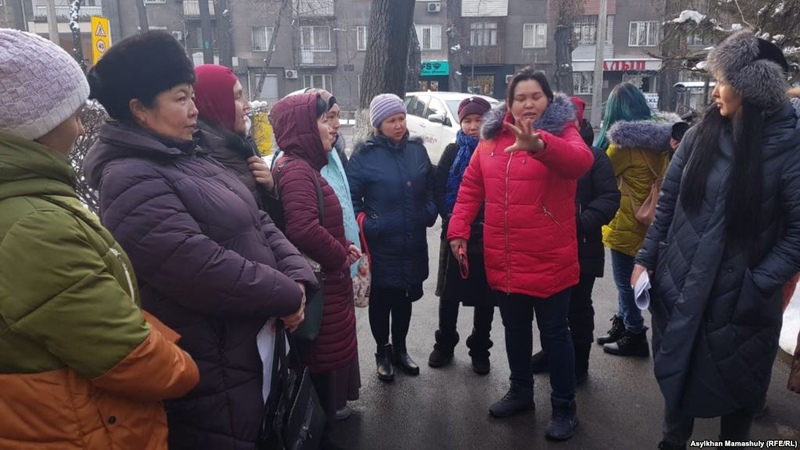 AKIPRESS.COM - Dozens of Kazakh mothers are holding a meeting with local officials inside city hall in Almaty amid country-wide protests sparked by the deaths of five children from the same family in a house fire, RFE/RL reported.

The Central Asian nation was shocked by the February 4 deaths of five girls aged 3 months to 13 years in a fire that destroyed a tiny house in Astana while both parents were away working overnight shifts.

The protesters gathered outside city hall on February 8, demanding that the government provide benefits for mothers with more than one child, including proper housing and higher social allowances.

The women were invited inside for a meeting with city authorities. They accepted the invitation, but failed to persuade officials to also allow RFE/RL correspondents to attend the talks.

Similar protests have been held in several towns and cities across Kazakhstan in recent days. Hundreds of people attended the funeral and burial of the girls in Astana on February 5.

On February 6, hundreds of mothers rallied in Astana, demanding the resignation of Labor and Social Protection Minister Madina Abylqasymova, who recently said she was against raising mothers' allowances.