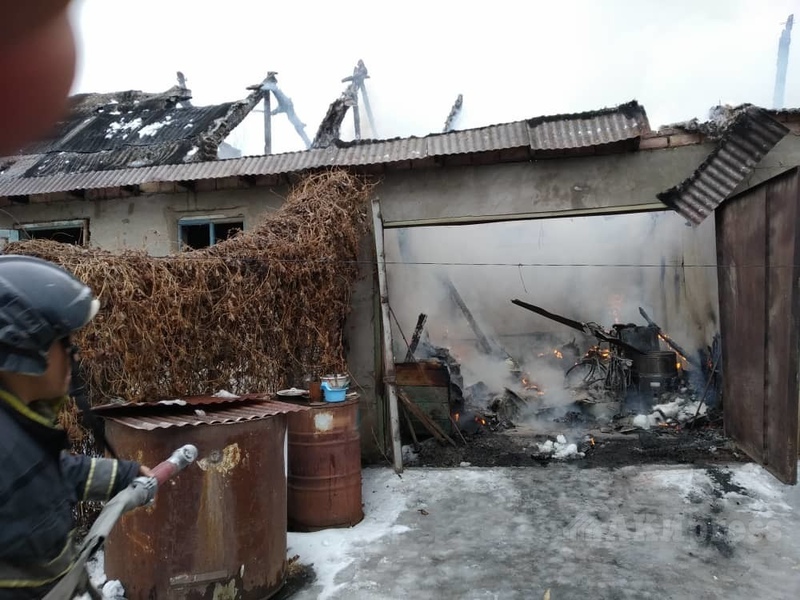 AKIPRESS.COM - A fire in the Tash-Dobo village in Chuy region left a mother and two her children dead, the Emergency Ministry reported.

The Emergency Ministry is looking into causes of fire. According to neighbors, the woman brought a can of gasoline.

Locals say the woman was mute. She lived with her 2 children and mother-in-law, while her husband, mute too, was off for work.

"The bodies were found in the barn, the home was not burned," the locals said.