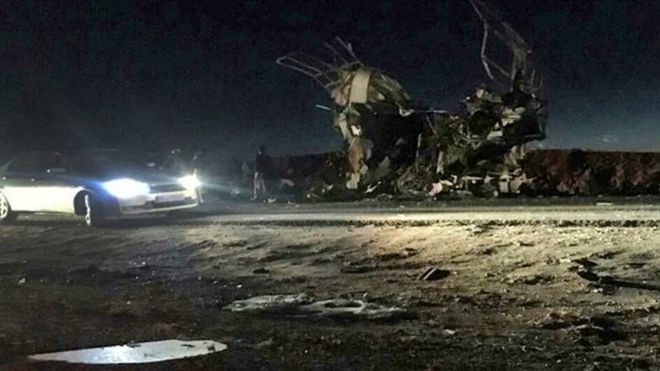 AKIPRESS.COM - A suicide attack in south-eastern Iran has killed at least 27 members of the Revolutionary Guards and wounded 13 others, state media say, BBC reports.


The bomber targeted a bus transporting personnel in Sistan-Baluchestan province near the border with Pakistan.

The Sunni Muslim militant group, Jaish al-Adl (Army of Justice), has said it was behind the bombing.

The Revolutionary Guards, which is a major military, political and economic force in Iran, blamed foreign powers.