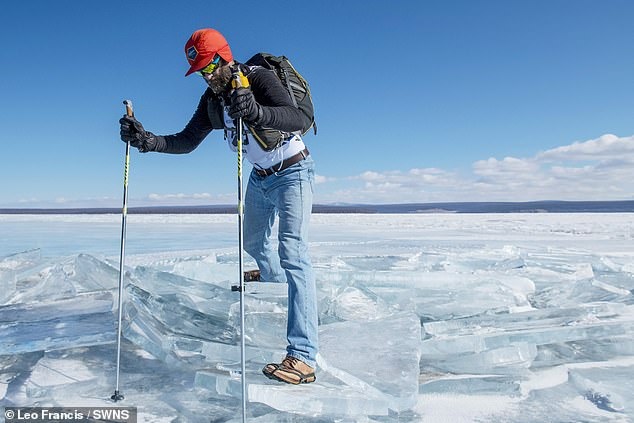 AKIPRESS.COM - An adventurer completed a 100-mile (160-km) ultra marathon across a frozen Mongolian lake in jeans and brogues after his airline lost his luggage, Daily Mail reported.

But when he flew from Heathrow to Mongolia’s capital Ulaanbaatar, his bags didn’t come off the plane with him. Unable to buy footwear to fit his size 13 feet, he decided to take on the challenge in what he was wearing.

Other competitors in technical footwear dubbed him ‘the rogue in brogues’ as he clambered across ice sheets in his four-year-old shoes, and a borrowed set of spikes.

Mr Messervy-Gross said: ‘My shoes held up surprisingly well – I’m just a bit allergic to putting the things on now.’

The father of three, from Jersey, was left in agony for his efforts – but unlike others who dropped out of the race through injury, fatigue or the cold, he kept on going.

He said: ‘Your feet swell because you’re on them for so long. I literally became too big for my boots. My feet blistered really badly, especially on my little toes. But I just wanted to keep plodding along.’