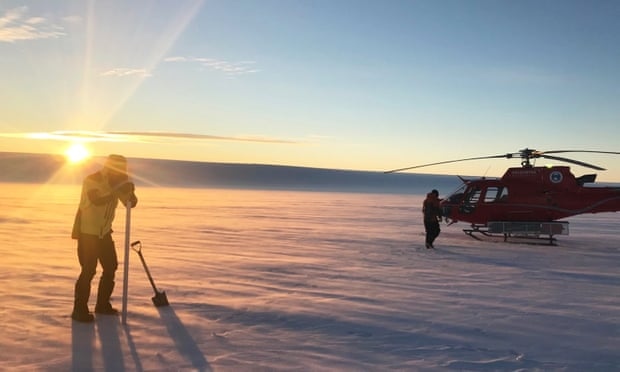 
The lakes were detected by scientists setting off small explosives 2m below the surface of the Totten glacier and listening to the reflected sound.

The Australian Antarctic Division glaciologist Dr Ben Galton-Fenzi said the research was critical to helping scientists predict how the melting of Antarctic glaciers would change the world’s oceans.

The Totten glacier is 30km wide and up to two kilometres thick, and has the potential to raise sea levels by seven metres.

The scientists, who were based at Casey research station, were among more than 550 expeditioners who travelled with the Australian Antarctic Program over the southern summer, working on more than 56 projects.