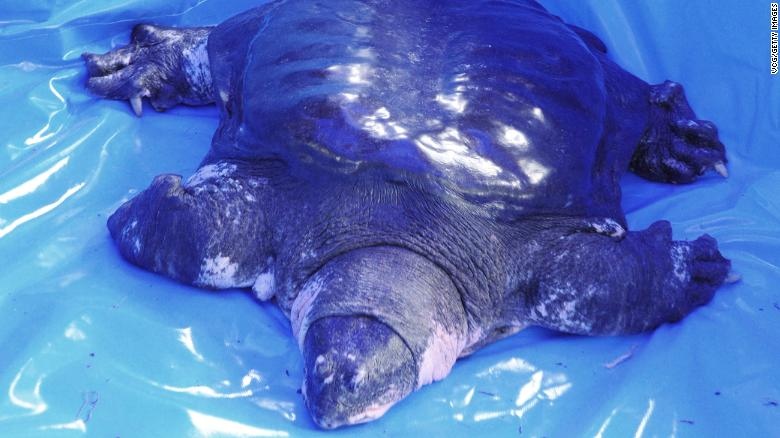 The female turtle, believed to be more than 90 years old, died on Saturday more than 24 hours after local staff, together with international experts, attempted to artificially inseminate her, local newspaper the Suzhou Daily reported.

The paper said there were no complications from the attempted artificial insemination, but that a research team comprised of domestic and international experts would conduct an autopsy to determine the cause of death, CNN reports.

The Suzhou Daily said the experts collected ovarian tissue samples and would store them "for future use."

The Wildlife Conservations Society (WCS) calls the Yangtze giant softshell turtle the world's most critically endangered turtle species, killed off due to hunting as well as habitat destruction.

Now, there are only three left in the world, according to the Suzhou Daily.

The Suzhou Zoo houses a male Yangtze giant softshell turtle. The other two live in Vietnam, but their genders are unknown. Both live in the wild, according to a report published by The New Yorker in December.