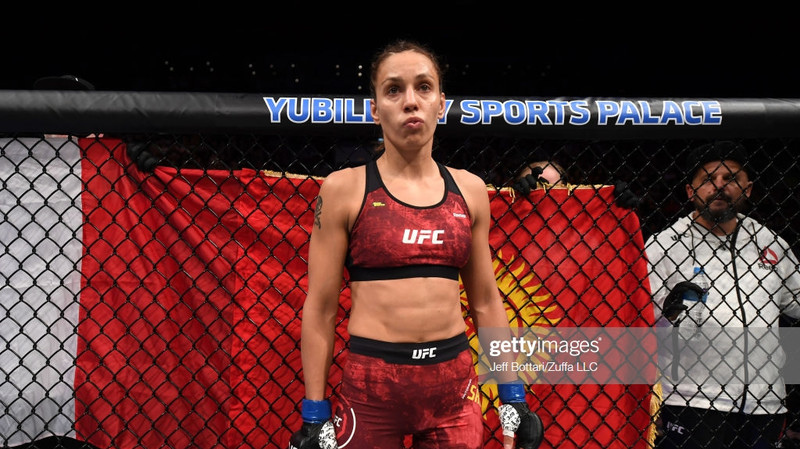 Modafferi’s game plan was clear as she used her trademark unorthodox movement to avoid the worst of Shevchenko’s skillful strikes and close the distance. Once Modafferi was able to get past the edge of Shevchenko’s strikes, she pressured with punches of her own and put Shevchenko against the fence before scoring a pair of takedowns. Shevchenko defended well off of her back, but Modafferi closed the round in mount position, MMA Fighting reported.

Round two started with Shevchenko touching Modafferi up at will, but again she couldn’t prevent Modafferi from stuffing her against the fence. After dragging Shevchenko to the mat, Modafferi remained in top control for the majority of the period. The final round began in similar fashion, with Shevchenko starting off fast before having her leg caught by Modafferi, leading to another takedown.

Shevchenko showed strong defense off of her back, even managing to sweep Modafferi at one point. However, Modafferi proved to be the superior grappler, scoring with a sweep of her own to end up in full mount.