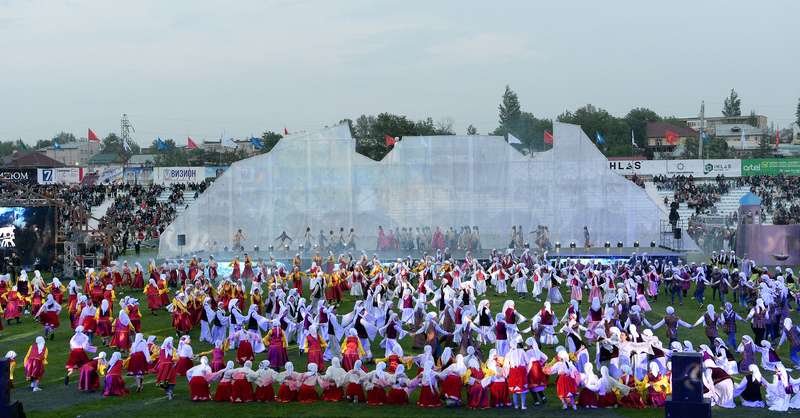 AKIPRESS.COM - Osh hosted an opening ceremony of the "Osh is the Culture Capital of the Turkic World" on April  20 with the participation of President Sooronbai Jeenbekov.

At the beginning of the event, Secretary General of the International Organization of Turkic Culture Dusen Kaseinov presented a TURKSOY Medal of Honor named after Chinghiz Aitmatov for his contributions to the development of the Turkic World. This medal has earlier been awarded to writer Chinghiz Aitmatov and his sister Roza Aitmatova. This is the first time the statesperson is receiving this medal, the press office of the president said.

Jeenbekov, in his opening remarks, noted that Osh is one of the ancient cities of Kyrgyzstan, the history of which consists of more than 3000 years.

"Osh has a rich culture and traditions. The decision of the TURKSOY to name it as a culture capital of the Turkic World is very relevant," he noted.

The ceremony was attended by guests from Azerbaijan, Bosnia, Kazakhstan, Macedonia, Russia, Serbia, Turkmenistan, Turkey, Uzbekistan and other countries, as well as Kyrgyzstanis from all regions of the country. 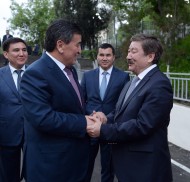 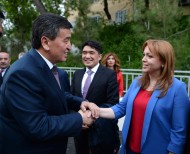 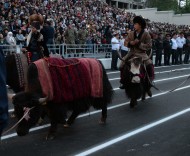 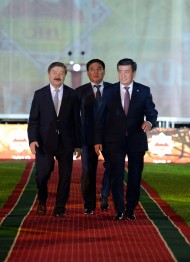 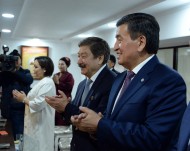