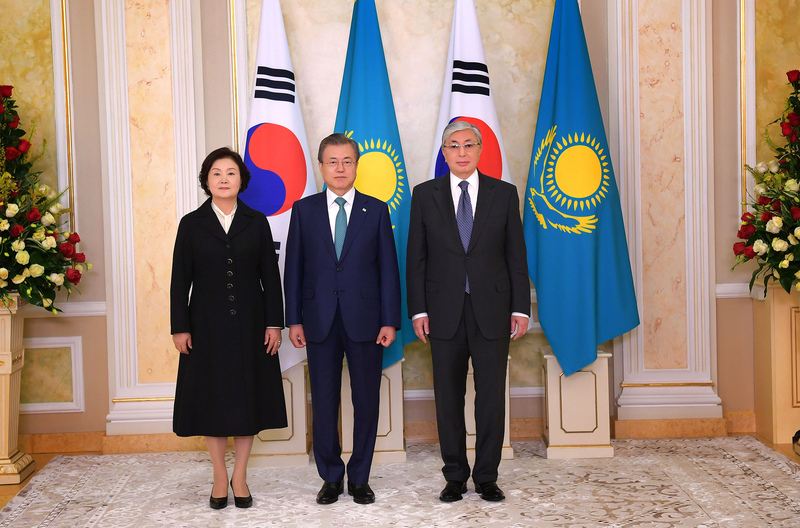 Kazakhstan is stepping up its efforts to become one of the world's 30 advanced nations by 2050 under its national development strategy, Kazakhstan-2050. South Korea too is pushing for its New Northern Policy with an aim of ensuring peace and joint development of Eurasia, Moon told a joint press conference with Tokayev after their summit.

The leaders called for special efforts to jointly prepare the countries for the Fourth Industrial Revolution that will include joint development of new advanced industrial sectors including ICT, 5G and Internet of Things.

The two agreed to further expand people-to-people exchanges between their countries, partly by designating 2022 as the year of cultural exchange that will also mark the 30th anniversary of the establishment of diplomatic ties between the countries.

Moon also sought Kazakhstan's support for his efforts to denuclearize the Korean Peninsula. Tokayev said his country actively supports the peace process and will continue to help in any way possible.

The agreement on fresh cooperation was one of about 20 new agreements, including an extradition treaty, signed on the sidelines of the summit.