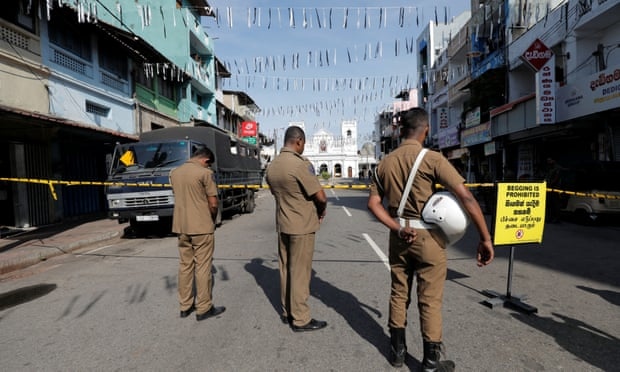 Security personnel observe silence as a tribute to victims near St Anthony Shrine in Colombo on Tuesday. Photograph: Dinuka Liyanawatte/Reuters

AKIPRESS.COM - Sri Lankans have observed three minutes of silence at the start of a national day of mourning for the victims of Sunday’s bomb attacks, Guardian reports.

The prime minister has paid tribute to the military and police in their handling of the crisis. Ranil Wickremesinghe said it was “imperative that we remain unified in as Sri Lankans in the face of this unspeakable tragedy”.

The death toll from Sunday’s attacks is now 310, a police spokesman has said.

A second night of national curfew lifted at 4am local time but a state of emergency came into force at midnight on Monday night.

On Monday it emerged that authorities were warned of possible incidents two weeks ago. A blackout on social media in Sri Lanka continues.

Interpol has deployed a response at the request of Sri Lankan authorities.