AKIPRESS.COM - The world ballet stars will perform Giselle at the Opera and Ballet Theater of Bishkek, the theater said on April 29.

Giselle is a masterwork in the classical ballet performance canon. The ghost-filled ballet tells the tragic, romantic story of a beautiful young peasant girl who falls for the flirtations of the deceitful and disguised nobleman Albrecht. When the ruse is revealed, the fragile Giselle dies of heartbreak, and Albrecht must face the otherworldly consequences of his careless seduction. One of the world's most-often performed classical ballets, it is also one of its most challenging to dance. 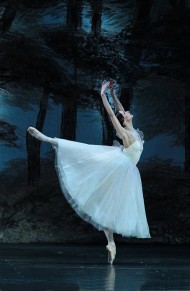