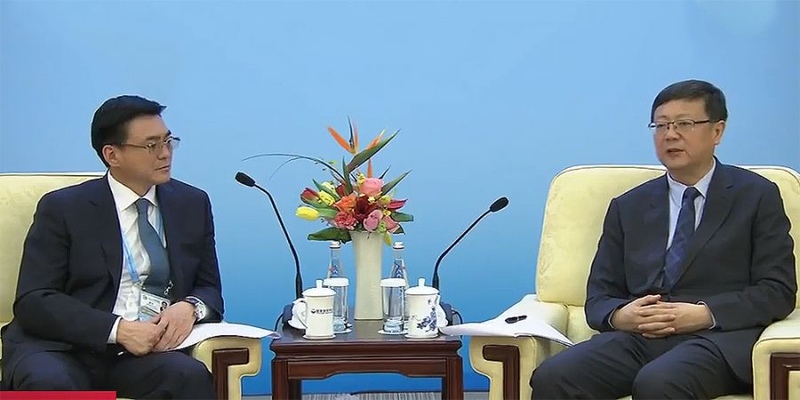 AKIPRESS.COM - Mayor of Ulaanbaatar S.Amarsaikhan took part in the panel session on regional cooperation as part of the second Belt and Road Forum for International Cooperation held on April 25 in Beijing.

During the panel session, he held a meeting with Mayor of Beijing Chen Jining to discuss further development of friendship and cooperation between the two cities, Montsame news agency reported.

Noting that the strategic partnership relations between Mongolia and the PRC are developing in all sectors, Mayor S.Amarsaikhan highlighted the importance of cooperation between the cities in further expanding the friendly relations of the two countries as well as strengthening ties between the people.

Mayor of Beijing Chen Jining then noted that it aims to have the new development plans of Beijing to be a model for the globe with the help of modern technology and innovation. At the meeting, the sides came to the decision to collaborate in the fields of urban development, economy, investment, tourism, art and culture, humanitarian as well as in capacity building for professions in high demand.